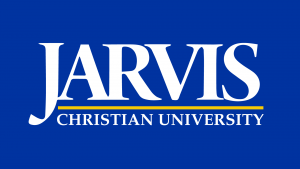 Jarvis Christian University recently received a $75,000 planning grant from Ascend at the Aspen Institute’s Black and Native Family Futures Fund to provide financial and technical assistance to Jarvis to improve the academic success of student-parents.

This capacity-building grant over the next 18 months will benefit those student-parents who are pursuing higher education while balancing the needs of their children. More than half of an estimated four million student-parents nationwide are students of color.

Ascend lauded Jarvis’s proposal for the type and degree of support proposed for student-parents, the intentionality of engaging the entire campus community in the process, and the systemic nature of the proposal. Project lead Cleopatra Allen is the assistant to the provost, director of academic initiatives and university transformation officer.  Project Director Micheline Gipson is the dean of students.  Both Allen and Gipson praised the success of the proposal to Jarvis Director of Diversity Programming Linda Hernandez and other members of the Jarvis cross-campus proposal team including Education Dean Dr. DaMesia Starling and Director of Counseling Services Dr. Kishia James.

The grant will be managed by Vice President for Student Services Dr. Andre Richardson.

“This announcement comes at a pivotal time,” Allen said.  “It comes on the heels of the launch of a great transformation work at Jarvis and prior to the launch of our graduate degree programs, enabling the University to further its mission to prepare a diverse population of lifelong learners intellectually, socially, spiritually, and personally through providing interactive services and using varied modalities of instructional delivery. With student-parents being 13% of Jarvis’s total population, we are excited that we have been afforded this funding to provide a broader scope of support to our student-parents.”

Ascend at the Aspen Institute is a catalyst and convener for systems, policy, and social impact leaders working to create a society where every family passes a legacy of prosperity and well-being from one generation to the next. Ascend co-creates and elevates innovative two-generation (2Gen) approaches with families and partners to forge pathways to educational success and economic mobility for both children and the adults in their lives.

Jarvis Christian University empowers a diverse population of students of all ages to pursue an affordable education in an inclusive environment that is academically challenging yet supportive, nurturing and responsive to the needs of each student.